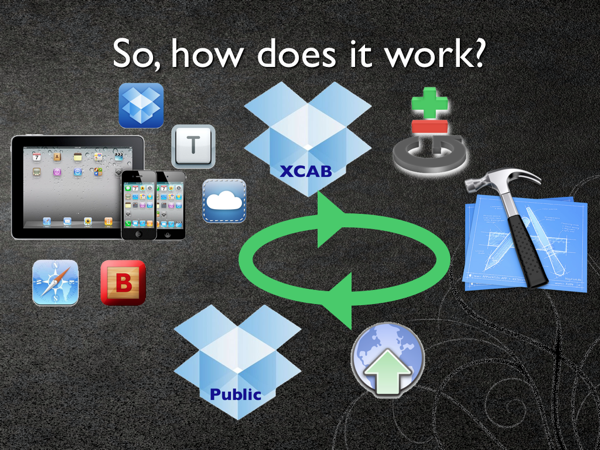 I’m going to walk you through the process that XCAB uses (These steps are taken from this SlideShow). 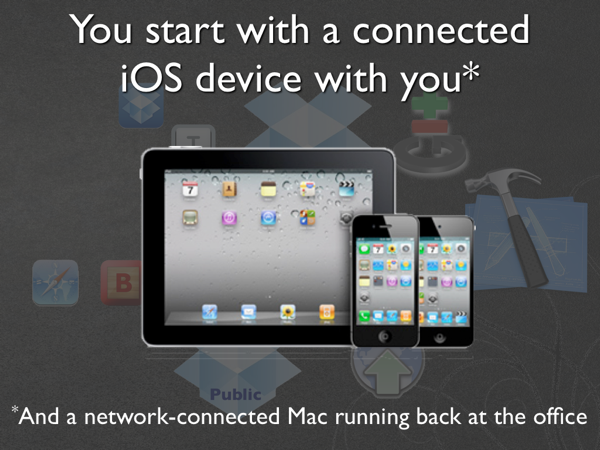 I have a refurb mini in my Living Room that I bought to be an Home Sharing server, and it’s more than up to the task.  I’ve run it on my laptop, too, from time to time.

As far as the iOS device, an iPad is obviously better to use for editing, because of the screen real estate, but the process is the same for both. 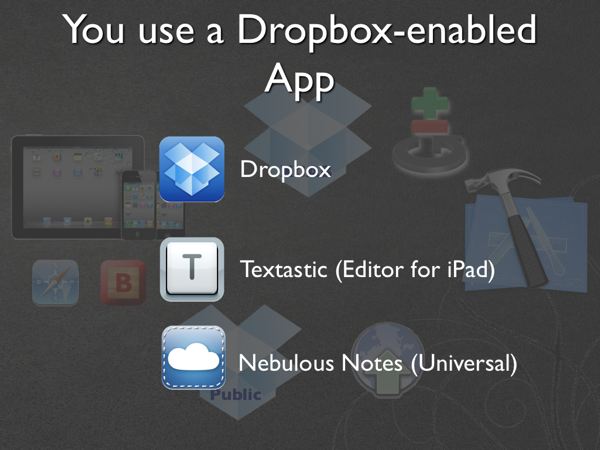 I like Textastic for the iPad and Nebulous Notes on the iPhone, but you can use any Drop-box enabled editor that isn’t locked to a particular folder in your Dropbox (and hopefully for your sake has a fixed-width font). 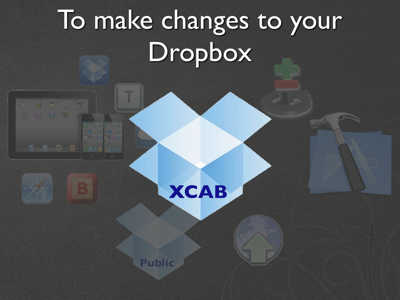 The way you make your changes is pretty specific, see this demo video for an example. 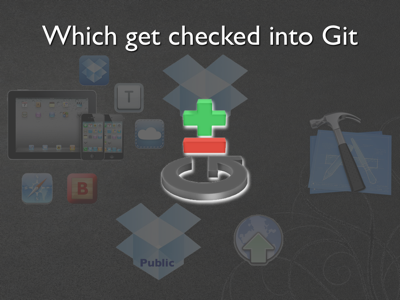 When XCAB notices the changes show up in Dropbox, it checks them into a Git repository.  In theory, it could use Subversion or Mercurial, but I prefer Git, so that’s what got implemented first. 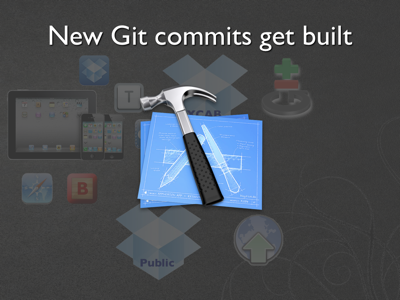 The script looks for new git commits and builds new ones that it finds.  Note that this can also allow you to get notifications of new builds of an existing branch of an existing project that you didn’t make. 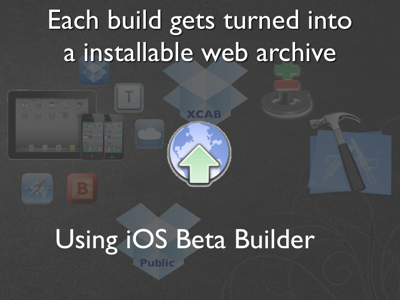 iOS-Beta-Builder is used to generate a web page that will allow an over-the-air install on an iOS device. 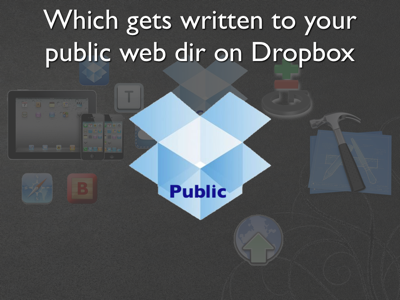 It copies the web pages and the ipa into your Dropbox public folder. 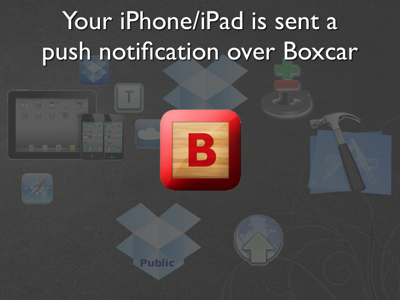 It sends you a Boxcar notification with the URL you can click on to install the newly-built app. 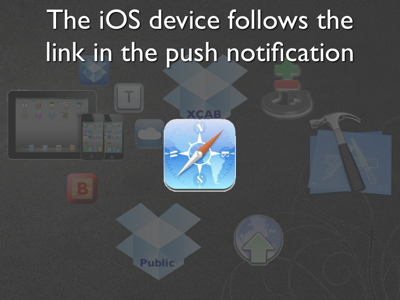 Safari hands off to the OS to do the install. 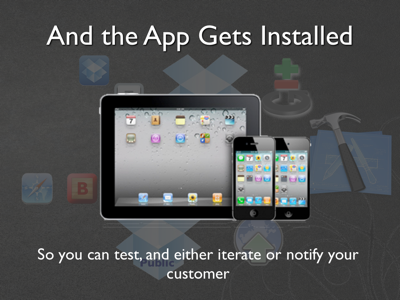 And you’re done.  Feel free to lather, rinse and repeat.