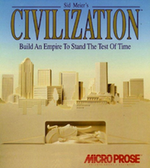 With the imminent release of Civilization V, I thought I would wax nostalgic about one of my favorite games ever, and why it’s unlikely to ever be that fun again.

When I got my iPhone (3G), I loved it, and one of the things I loved about it was the ability to play games on it. There were a few games I enjoyed, but I really longed for the inevitable influx of classic games ported to the new platform. I thought back into the distant past, and thought about the games that I used to love when the computers I owned were less powerful and had less screen resolution than what I now had in my pocket. Thinking of the candidates, one clear winner stood out:

Civilization. The first one.

One year in college I had 2 roommates, and we had so much fun playing that game. We would tell my 286 to create a new world, and then we would got eat, hoping it would be done by the time we got back. Then we would play for hours. We would take turns being at the keyboard with the other two giving dubious advice. It was social (for us), it was fun, it was something that we never expected a computer to be capable of doing. We’d played Ultima and Zork, but this was a computer that, at least at first blush, seemed to think (although we eventually figured out what its limitations were). Civ I was astonishing.

So when it was announced that it was being release for my new favorite platform, I couldn’t wait. The idea of having what at the time was my favorite gaming experience ever with me all the time in my pocket was one of the best ideas I could imagine. 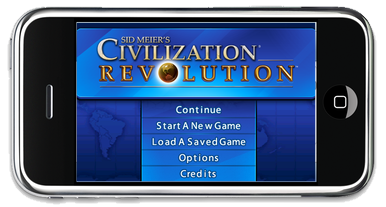 Boy, was I wrong.

Turns out that you can’t play Civilization for several hours on an iPhone. Or, at least, I’ll never want to. Although the iPhone had a much better screen (colors and pixels) than my old Tandy 1000, that tiny screen doesn’t lend itself to being able to see and make use of the mini-map. Holding the phone quickly gets tiring. But most of all - if I was going to play for hours, I’d rather play something on the XBox 360 or the Wii. I didn’t want to play the iPhone for more than a few minutes at a time - and a turn-based strategy game with dozens of cities and hundreds of units to keep track of does not lend itself to playing a few minutes at a time.

I don’t think I ever finished a game of Civilization on my iPhone, even for tiny worlds.

That wasn’t the last time I was wrong about what would or wouldn’t work on a mobile platform. But it was probably my biggest disappointment and, looking back on it, probably the most blatantly obvious one.